Funnily enough i was only talking to Angie2013 a few days ago about the tension over at LDR between Shez Jackson and Ben (Chillin in Miami) It’s very rare that one will go into the others casts, but when they do, you could cut the atmosphere with a knife.

Ben has been around the block, so he can see right through Shez’ bullshit straight away. So when Shezzer starts trying to claim he’s this and he’s that, Ben is thinking ‘stfu you retard’ and leaves as quick as he can. But last night was hilarious from a lurkers point of view. Having already done it before, Ben decided to hit the ‘broadcast’ button….right in the middle of Shez’ cast 🙂 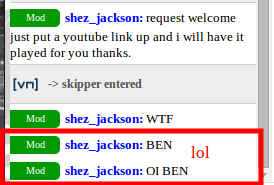 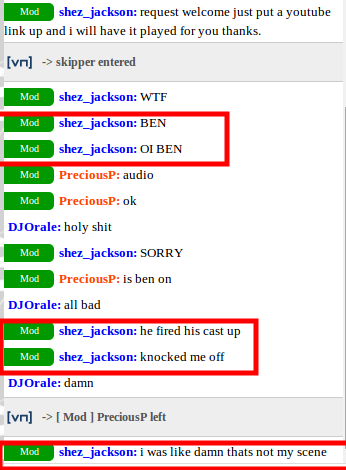 As you would expect from someone who thinks he’s the saviour of VaughnLive,  Shez was snarling like a rabid dog. 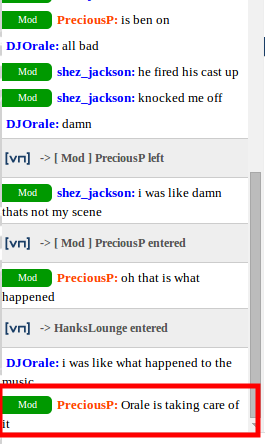 Hey, it’s all good, the one and only DJ Orale is taking care of it, so now Shez will calm down right? 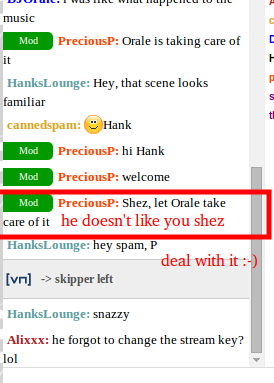 Oops, Shez is still at boiling point, raging to Precious in I’M’s 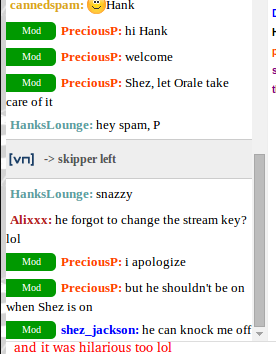 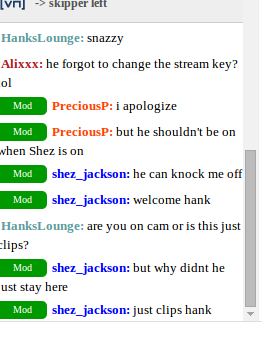 By now, Ben has had enough of Shez’ ranting, so left and started casting on his own channel. Then Shez, rather bizarrely asks ‘why didn’t he just stay here’
With all this going on, Hank is just thinking of the embarrassment of it all, and knowing i’ll be there getting the whole lot, decides to say hello 🙂 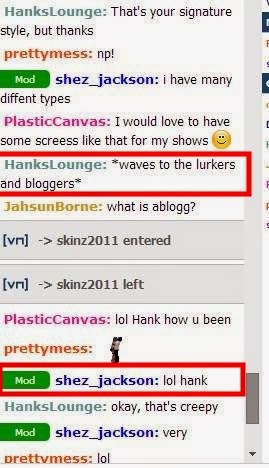 At this stage,  he’s calmed down a bit, but feeling like the outsider, decides to call on Hank to be his ally. 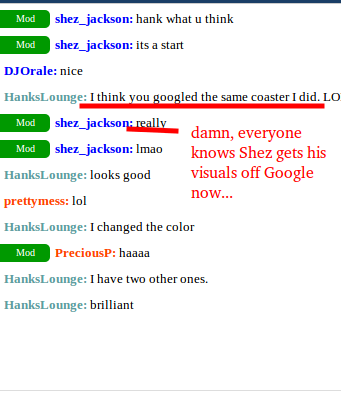 And with that, i went to bed, stomach aching from the night’s giggles, you have to give it them, they certainly entertain 🙂
Karl DaviesJune 19, 2014