It’s no secret that i haven’t liked this guy for a long time. But then people are telling me that he used to be ok and he’s just upset over his marriage break up etc, so i decide to give him the benefit of the doubt and don’t mention him again.

After ghosting on a lot of his casts, yes, he can be ok, not for long, but still. Plus he’s always said he would put his dog before any human, now people that know me, know that i adore all animals, but dogs especially. So by this time i’m starting to think maybe this dude is just misunderstood, heads all over the place after the break up and so on.

Then last night, i witnessed first hand what a devious, lying piece of shit this guy is.  It starts off with his usual ‘everyone’s a racist except me’ bullshit: Then Ryderbak types ‘Roco will be dead soon, he’s an old fart’ which considering some of the things i’ve seen typed is quite polite lol. Anyway, bet you can’t guess what happened next eh? 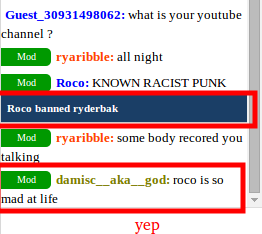 Well did the shit hit the fan after that. Quite rightly, a few people were asking why he banned Ryderbak. Now i’m far from a ‘fan’ of Ryderbak, but when asked, Roco unbelievably claimed it was a death threat. Wtf? Saying someone is old and is going to die soon from being old is now a death threat? This guy should hook up with the UK Invasion.

Even i felt the need to say something now, but just like everyone else who dared tell the truth, i was banned lol. Luckily i had more tabs open, so just sat back and watched how Roco goes on his banning crusade 😉 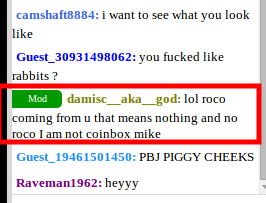 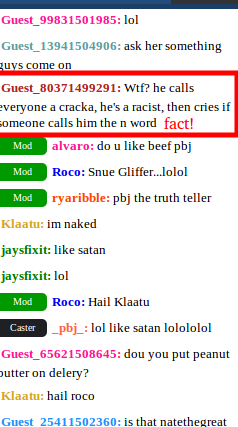 Note the sensible post from ODS there. If Roco calls me a cracka and i then call him a nigger in retaliation, then i am just as bad as him. 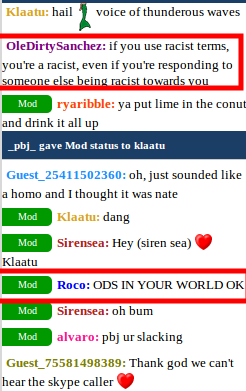 Ah right, so sense only works in Roco’s world, my bad. 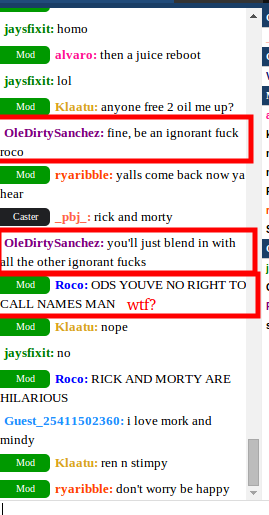 So Roco calls people racist sluts, scum, filth and much more in this one cast, then ODS say’s ‘be an ignorant fuck then’ and Roco claims he can’t say that….. 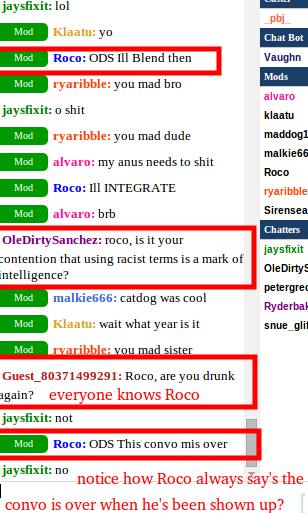 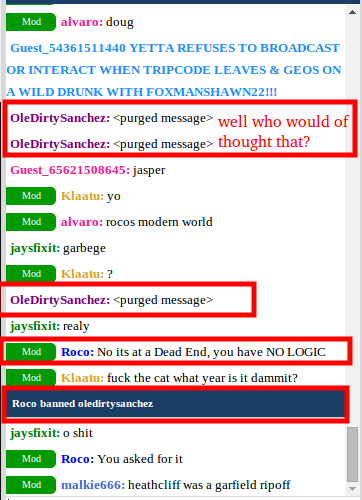 Now you see what happens when you try and reason with an old, racist, bitter drunk. Yep, that ban hammer swings faster than Ryderbaks penis windmills.

Roco man, go and play Golf or something, enjoy you’re retirement, do whatever, but stop being a complete, utter fuckwit.

One Thought to “Roco: The Biggest Retard Known To Man”