If there is one real sneaky c*nt from the UK Muppets, it’s this guy. At least all the other idiots will have the balls to say what they really think in public, John though is the one that will claim to like everyone, then stab them in the back once he’s out of sight.

It appears he still hasn’t changed, as shown from Shez’ cast last night. We start off with Shez showing some visuals with John in them: 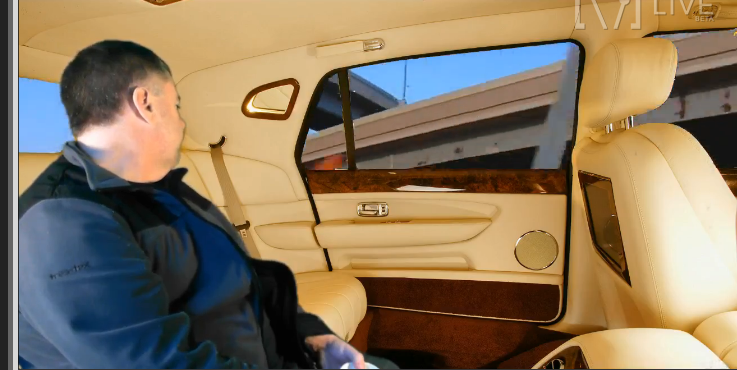 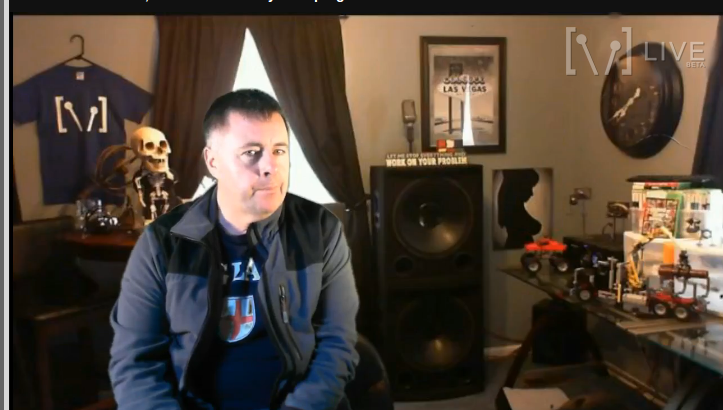 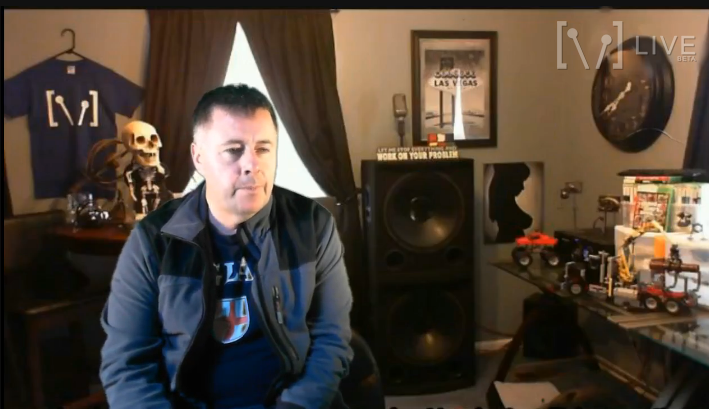 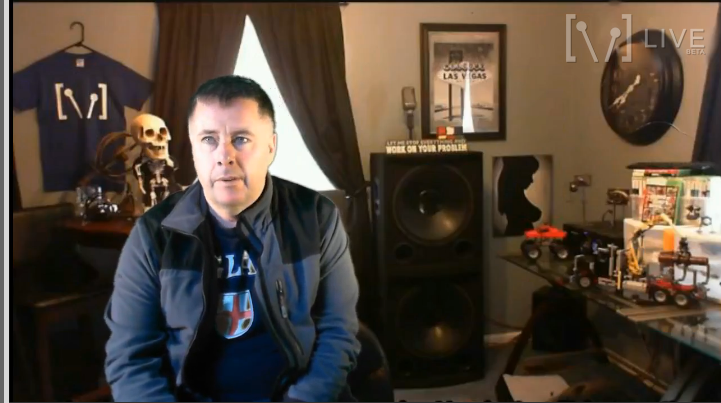 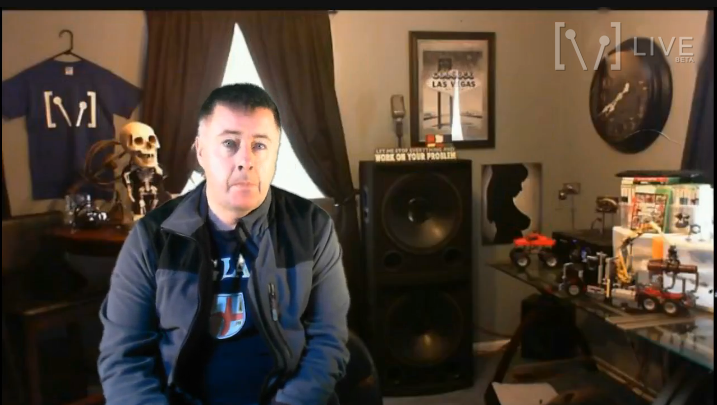 That last one lol, that’s definitely a Stan Laurel look. Anyway, surprise surprise, as soon as they are shown, look who appears. 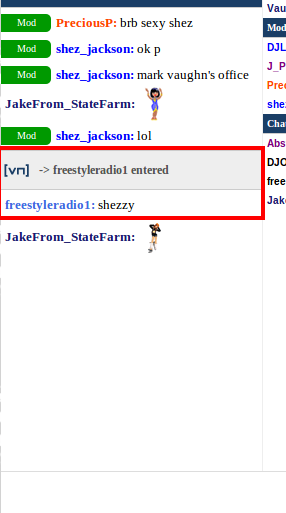 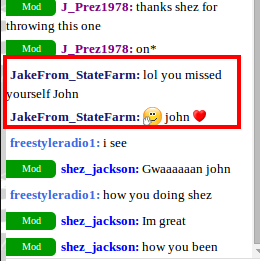 For those of you that don’t know, JakeFrom_StateFarm is yet another alias for CaliVal ( that girls strange lol) Now it’s fairly obvious that John has been lurking, or ‘fence sitting’ as he likes to call it, but rather than just admit that, oh no, he claims he’s never around anymore and has only ever visited LDR twice before: 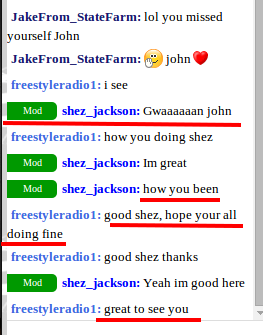 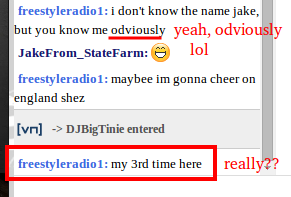 This dude is so full of shit, you could feed a farm full of pigs for 2 months on the contents of this idiot. 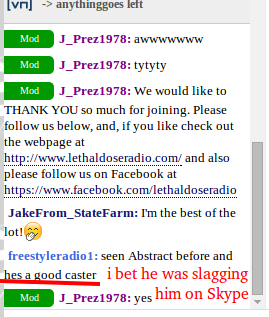 Ah, so he now admits to sitting on the fence. Remember in his old casts, he used to hate ‘fence sitters’ and ‘curtain twitchers’ as he called anyone who watched but didn’t sign in. Oh well, at least Val still loves him: 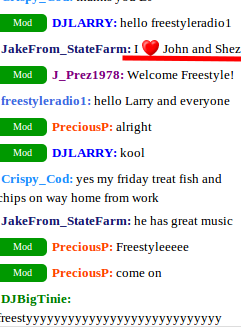 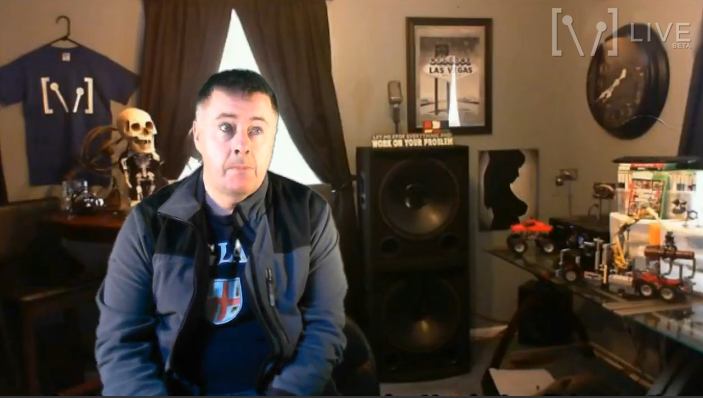 So, we have John who claims to have only watched LDR twice before, i assume he includes one of those times when he was ‘curtain twitching’ on Abstract earlier, so that would mean he wouldn’t know anything about what’s been going on lately? 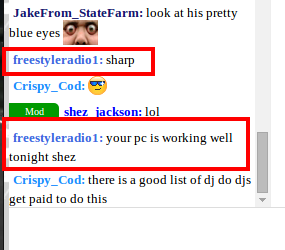 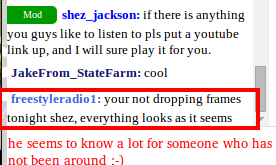 I really hope this dude comes back to casting, this blog is going to be working overtime if he does 🙂

I will leave you with what i would describe as a picture telling a thousand words of what John Freestyleradio1 is: 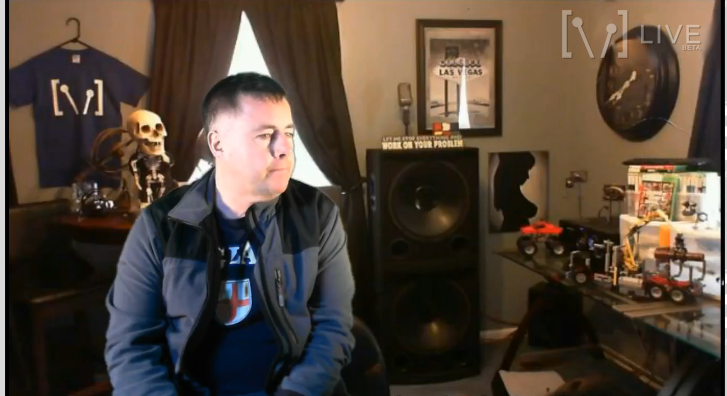