Good old Shezzer, never disappoints hehe. I missed nearly all the drama over in LDR last night, it was only when an anon sent the following screenshot that i even knew Shez was casting. 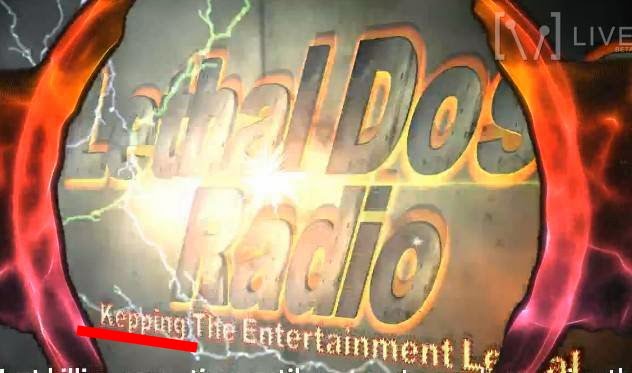 Well he did promise the guy’s that he would make them some new stuff up for the channel and well, at least he keppt his promise 😉

By the time i got there the drama was coming to an end, so only caught the last few minutes or so, but from what i could gather, people were trolling Shezzer (surprise surprise) and apparently some woman’s nipples were showing in a gif he had made. The trolls then said they were going to report the channel and by pure coincidence, Shez’ cast went off.

Now this is where i entered, so didn’t catch much. It starts just after his cast comes back on, so after ranting about me snitching on him and what he was going to do etc, he realises he’s made a fool of himself, then tries to apologise 🙂 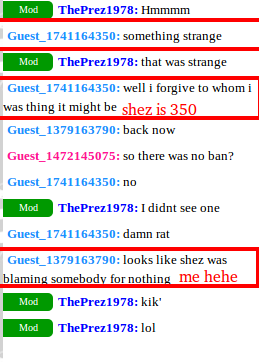 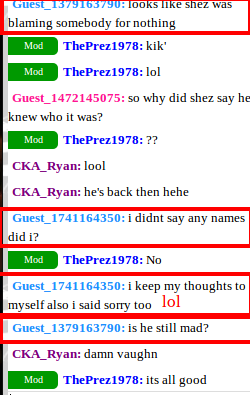 He apologises to his own thoughts…good lad 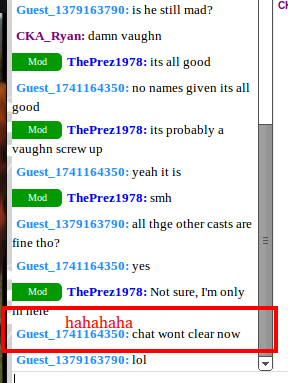 Now his head is consumed with paranoid thoughts and confusion, so much so, he tries to clear the chat, while still a guest lol. 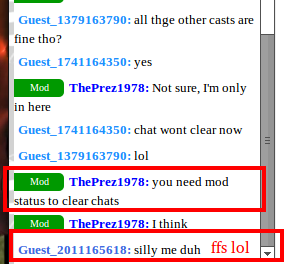 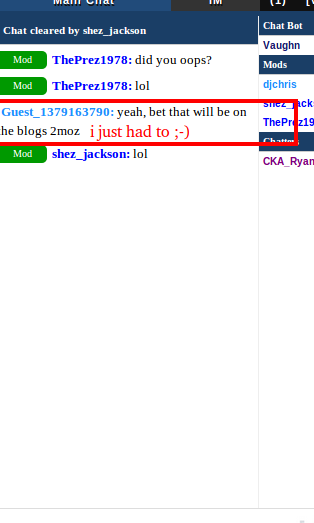 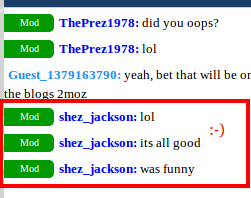 It was old chap, just a shame i missed the good parts. If anyone got the earlier bits and would like to send them in, you can do so anonymously through the contact us form, or put the links in the comment section.

Oh and just for the record, i don’t snitch and no i don’t send racist comments, if i want to troll you, i just let you know i’m watching, then sit back and record as everything goes to pot 🙂