Remember when you was first starting school and one of your classmates would call you a name, or say something nasty about you and you would go and ‘tell’ 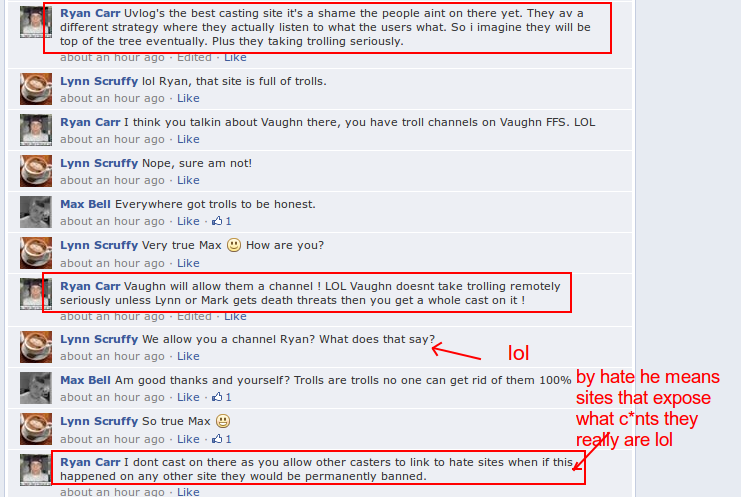 Hate sites?? Does he mean blogs that show him and his other weirdo’s just what they are really like? 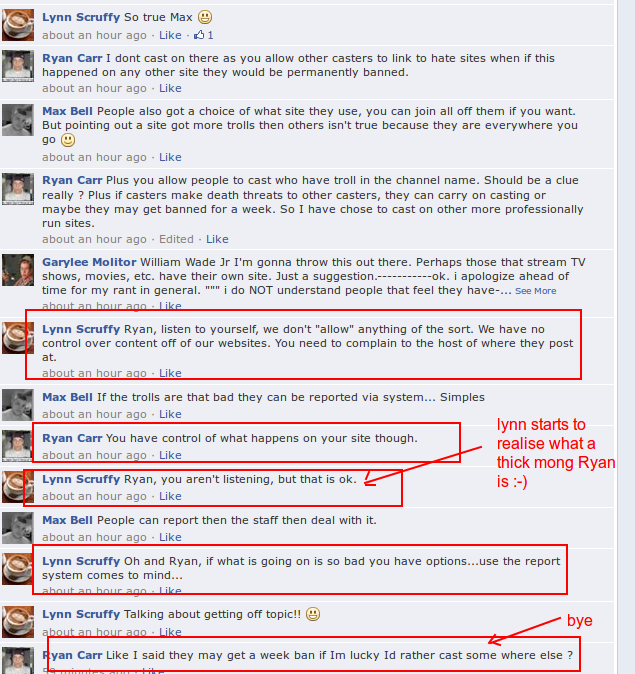 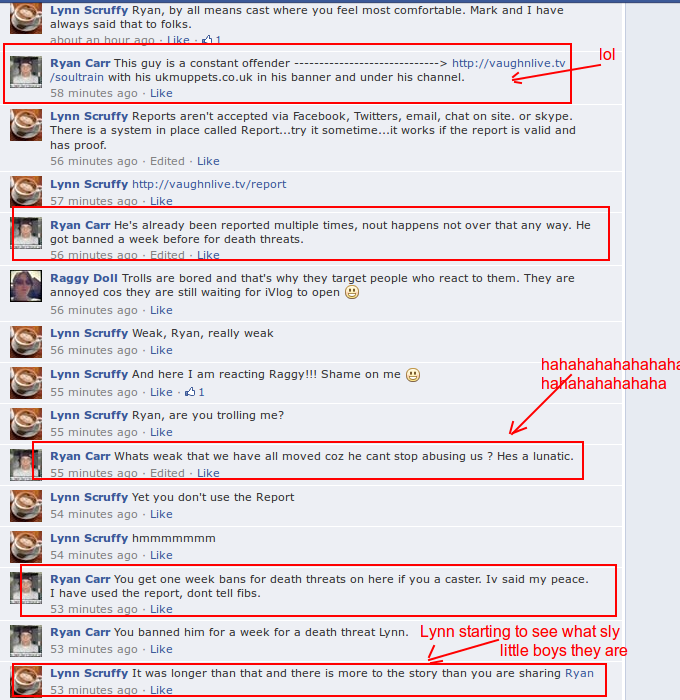 A constant offender…lol. Notice how he says that Soultrain has been reported multiple times because he has the blog linked to his cast, then wonders why nothing ever happens lol. Good to see that Lynn has started realising what angry, butt hurt little squealers these dudes are 🙂 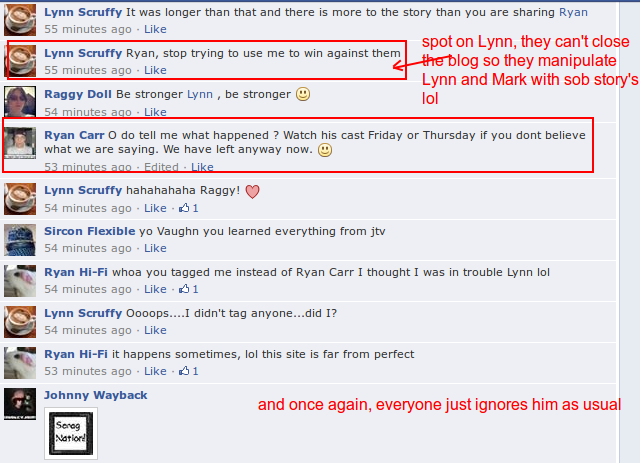 Lynn’s bang on the money here, they know that they can’t do a single thing about the blog because it’s all true, so they try to manipulate Mark and Lynn in the hope that it will at least get his channel closed down…but hey, the blog doesn’t bother them remember 😉
Keep those tissues ready boy’s, gonna be plenty of tears spilt yet:

One Thought to “Please Miss, He’s Calling Me Names…”